An ode to our Heritage Heroine: Lillian Ngoyi

In celebration of our heroes this heritage month, may we know them and may we be them.

Widely referred to as “Ma Ngoyi”, Lilian Ngoyi held the deep affection and reverence of people who knew and worked with her. Winnie Mandela described her as “…one of the greatest orators I have ever heard…she spoke the language of the workers. When she said what she stood for, she evoked emotions no other person could evoke”. An inspiration to many and despite her education being abruptly cut short, Lilian became a leader in the ANC, president of the ANC’s Women’s League and the Federation of South African Women.

Lilian Ngoyi was born in Pretoria on 25 September 1911. She was the daughter of a domestic worker and a miner. Her ambition of becoming a teacher was shattered when her family’s economic condition demanded that she leave school and look for a job to contribute financially to the family. She found work as a nurse trainee where she met her husband, a van driver named John Ngoyi. They had a daughter named Edith, but sadly after less than five years of marriage Lilian was widowed.  After John’s death, she worked as a seamstress in a clothing factory. This was the inception of a long and tumultuous political career.

Ma Ngoyi’s activism began when she became an official member of the Garments Workers Union (GWU). Fuelled by her disdain for black oppression, discrimination and unfair working conditions, she joined the GWU. This was during a time when it was illegal for black men to join a registered union. When her colleagues were hesitant to bring politics into work, she boldly stated, “You can’t separate work from politics. The very person who is oppressed in the factory is the nation”.

In 1952, Ma Ngoyi was a key member behind the Defiance Campaign, fighting against South Africa’s infamous pass laws and the policy of Net Blankes; Whites Only. This period resulted in her first imprisonment. Determined to fight for a multi-racial, fair and equal society, she refused to acknowledge the bureaucracy and atrocities of the apartheid regime.

Political education was very important to Ma Ngoyi, she was determined to conscientise South Africans of the double oppression black women faced – discrimination based on their race and gender. She criticised both the apartheid state and African men. Alongside her political activist friend, Helen Joseph, she was one of the organisers of the Women’s March on 9 August 1956.

As a consequence of the years of struggle, nearly a decade of solitary confinement, bans and house arrests, Lilian’s health suffered. She died in 1980 at the age of 68, two months before the expiration of her ban. Although Lilian did not live long enough to witness the democratic dispensation that she relentlessly fought for, or vote in the first democratic elections, she knew victory was near. In the year of her death she said,  “I’ll die a happy person because I have seen the rays of our new South Africa rise”. 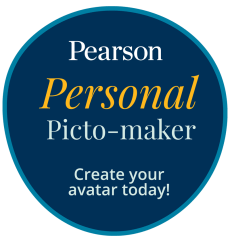 Are you a teacher?We have teacher presentation lessons just for you.

Stay connected and up to date with our no spam policy mailers.